Macedonia’s capital of Skopje hosted it’s annual marathon this past weekend.  In this guest post, local Slavko Desik gives his field report from the event, along with a wealth of local information for any runners interested in checking out a future edition of the event.

Recurring annually around the beginning of May, the Wizz Air Skopje Marathon has become one of the largest athletic events in the region. This year, it took place on May the sixth, effectively emptying the streets of the capital. Dynamic and vibrant, the atmosphere attracted thousands of spectators in what is perhaps the most crowded event in the history of the city.

Chosen for its lack of elevation, and welcoming weather around the beginning of May, the center of Skopje proved as the perfect setting for an event of this magnitude. Averaging 20°C and clear skies with little to no wind movement, Skopje offers favorable running conditions.

Breaking the record for the total number of participants, this year has registered 10,000 runners from 58 countries. The bulk, however, has to do with the 5k race which is of recreational character. Nevertheless, with so many people participating and even more cheering on the sidewalks, the city becomes a kaleidoscope run wild. 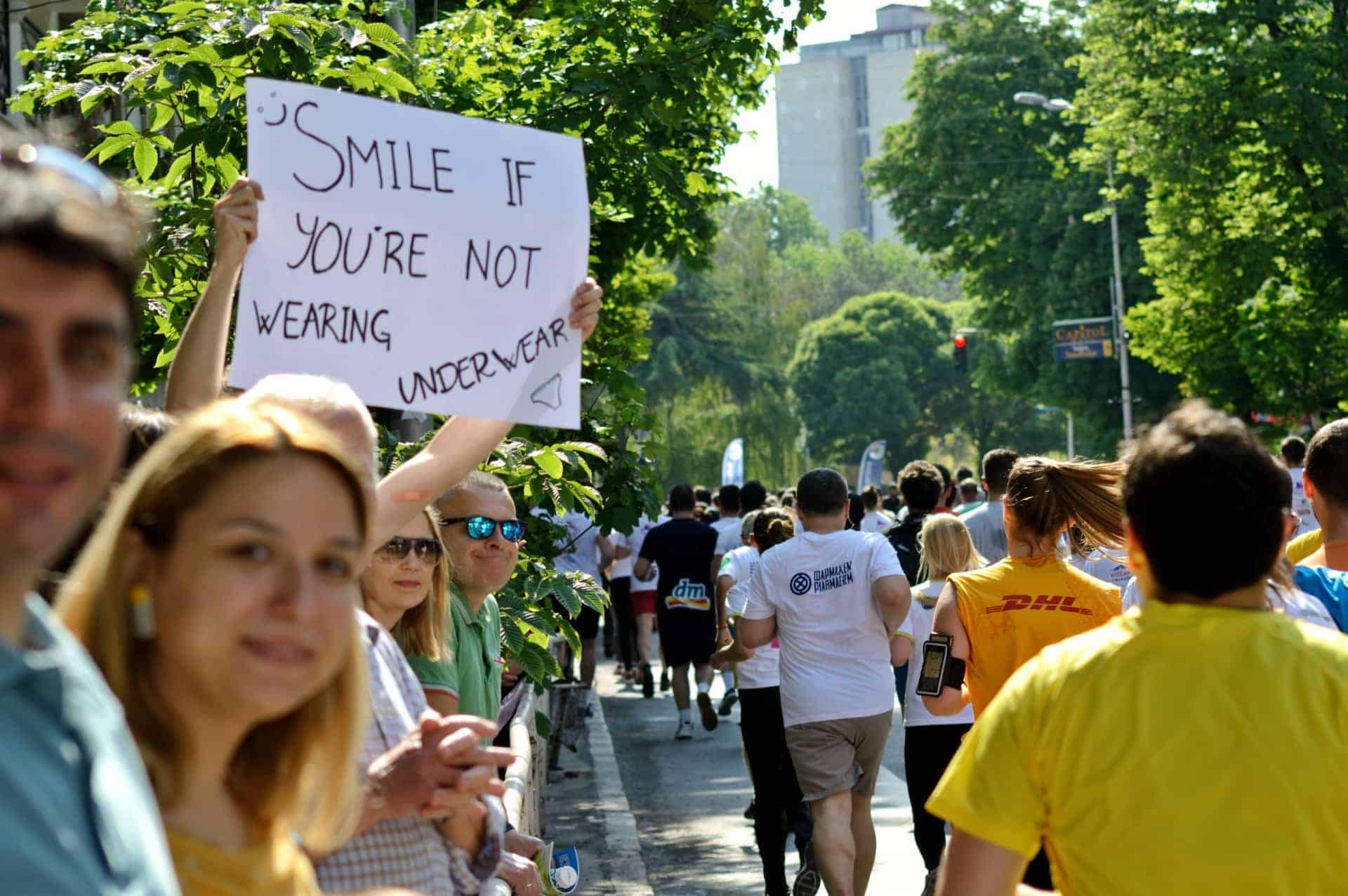 Skopje was up to the challenge

An institution in its own right, the Skopje Marathon association took care of the logistics. Supported by several administrative wings of different city districts, the mayor’s office, and large number of police units, Skopje proved to be up for the challenge.

A large network of volunteers was overseeing the entire event, and everything was set for the much-expected start of the race.

Beginning at 8:45 am, the marathon and half marathon competitors opened the event, followed briefly by the start of the 5k race.  The marathon finish line was crossed by 398 runners, which is much less than that of the half marathon where 1662 people made it past. As a contrast, 5993 people completed the 5k race; the majority of whom were women. 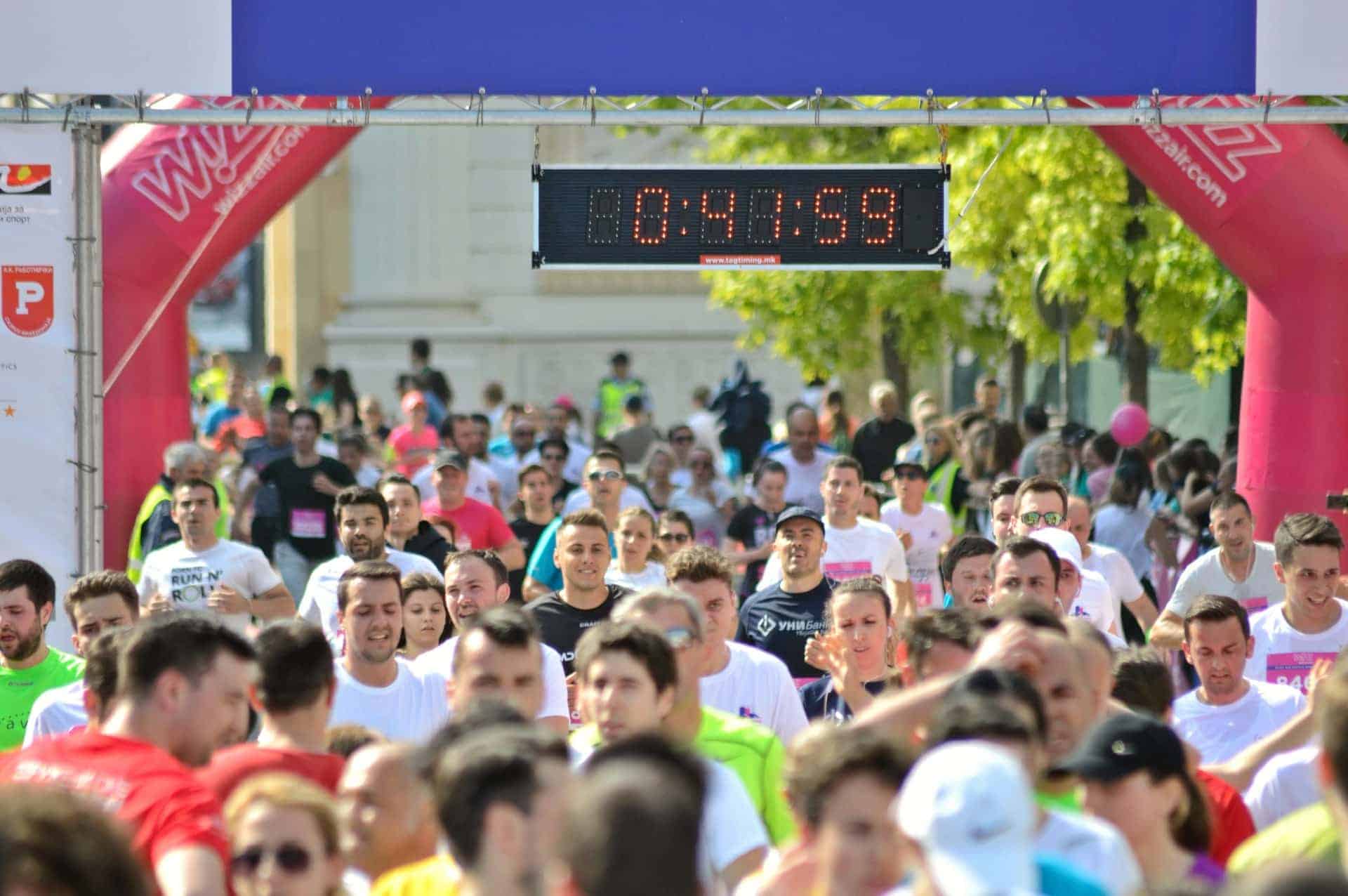 An event with international aspirations from its very beginning, the Wizz Air Skopje Marathon grows its participant base every following year. Paula Radcliffe, who still holds the active record for the women’s marathon race, was the main promoter for this year.

“An amazing atmosphere”, she said while describing the event. “With such a solid foundation and clear goals for maintaining its trend, growth is unavoidable”, Paula told the press.

Inspired, perhaps, by Paula’s commitment to the discipline, many women from the country signed up for the event. Andrijana Pop Arsova broke the previously set national record for the women’s category, finishing with 3:05:04; the 5k race, on the other hand, has never witnessed such prevalence of women contenders.

Ivana Gerchakova, a runner who started actively participating only 4 years ago, says that the Skopje Marathon is her most important event. “Running in the city where one has grown up, and being surrounded by closest friends and family cheering on the sidewalk… that’s something that every runner can’t wait to experience.”

Antonija Brezovska, another runner who competed in the Half Marathon race, says that it’s never late to start your running career. Balancing between her life as a mother, wife and entrepreneur, she urges young people to try what they want, regardless of age. Starting at 33, she now has more drive than ever. 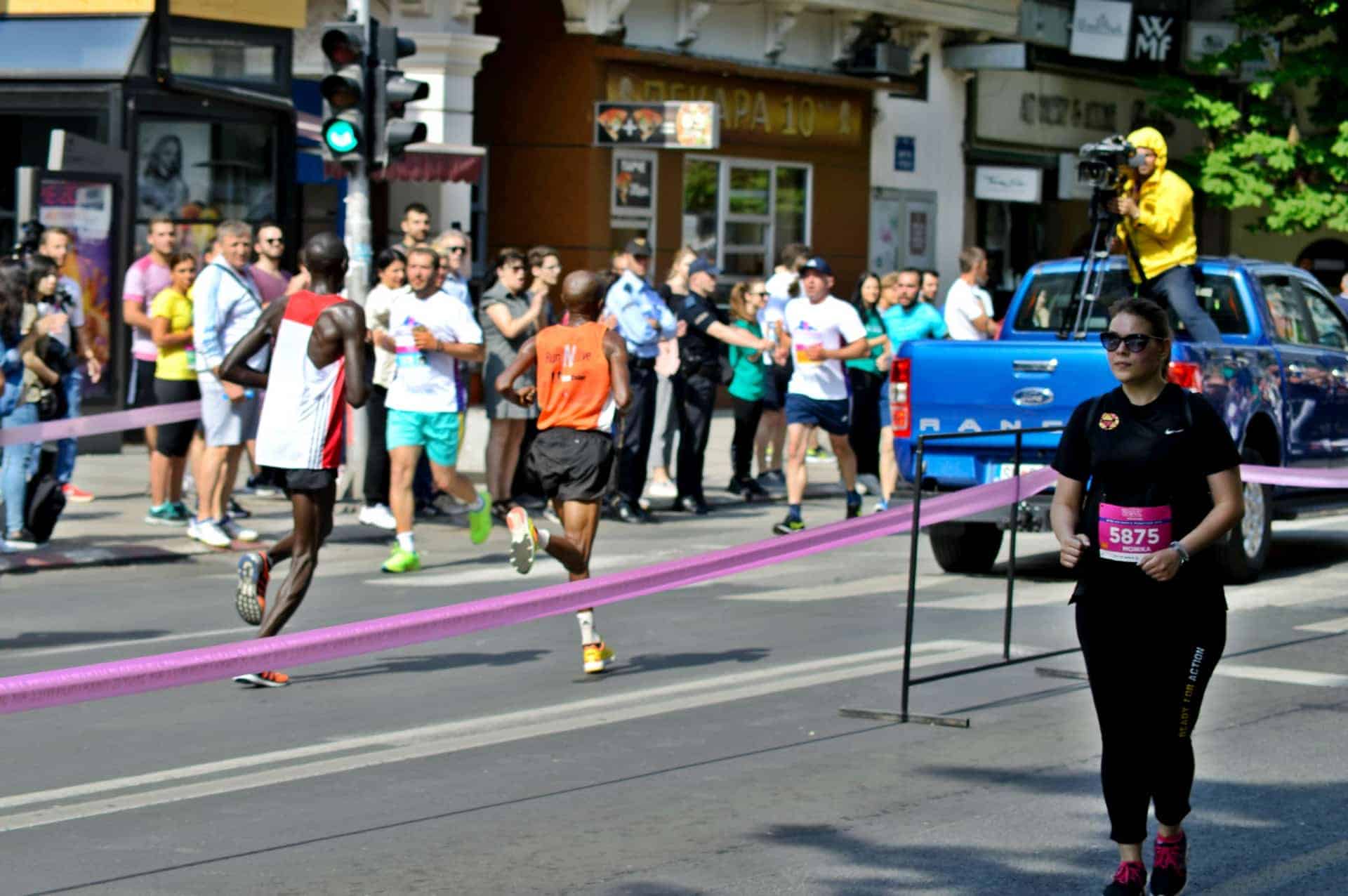 A spectacle to enjoy

Many companies and institutions form around the country encourage their employees to register for the 5k race. With a great potential for team building, quite many of them do. The result is a lively atmosphere, with thousands of people running along the streets, and many more cheering on the side.

This year, as many times before, people young and old alike took part in cheering for their friends and family. More creative by the year, the spectators add charm to the event.

The marathon organization in Skopje is also running contests for the best photography and best cheering sign. Sponsored by Wizz Air, they are awarding vouchers for traveling in Europe, as well as other financial awards.

Results for the 2018 Skopje Marathon

Winning yet another year in a row, Evans Kipkemoi Biwott from Kenya finished the Marathon race with 2:14:08. His countryman John Langat crossed the line with 2:14:59 on the clock, and the third place went to another countryman of theirs, Hosea Rutto Kiprotich who finished with 2:28:58 on the clock.

The women podium was also dominated by another contender from Kenya – Jedidah Wanjiru Karungu, who finished with 2:51:24, followed by Marija Vrajic from Croatia with 3:02:00, and Adrijana Pop Arsova from Macedonia with 3:05:04 (breaking the national women’s record).

For the Half Marathon race the winner for the men’s category was Dario Ivanovski with 1:09:10, followed by Atanas Anchevski with 1:14:44, and Milos Rancic who took the bronze medal after winning several gold medals for the 5k race during the last couple of years. All of them, and even down to the 8th place, are from Macedonia.

For women, another Macedonian took the gold – Mirjana Ristikj who finished with 1:29:15, followed by Amela Trozic from Bosnia and Herzegovina with 1:32:22, and Silvia Simunovic from Croatia, with 1:35:06.

The 5k race, this year without its loyal contenders (most of whom competed for the Half Marathon race), was won by Bogdan Cvetkovski with 17:38, followed by Kristian Stojani with 17:42, and Leonid Vandevski with 17:49, all of whom hail from Macedonia.

Three hours after the start of the event, pouring rain has washed the streets of the city in what is perhaps the luckiest timing for contenders. Up until then, the sky was blue and clear, as is always the case during the raining season around late spring in Macedonia.

If you would benefit from another major race event under your belt, with relatively pleasant climate and excellent city logistics, then perhaps the city of Skopje can provide a wonderful opportunity. The flights to the capital are quite affordable, and the cost of living in Macedonia would allow you to stay a while longer, maybe even preparing for the main event while getting used to both temperature and air quality. A tourist attraction in its own right, the city will captivate you right away.

Slavko Desik is the editor in chief at Lifestyle Updated and Discovering Macedonia. A fitness aficionado himself, he is trying to promote sporting events around the country, hoping to inspire more young people to try running as a form of recreation.