What if I were to tell you that there is a large global community of people who like to get together and run naked!

And no, before you get any ideas, nude running is a completely legit, platonic pastime.

I’m no stranger to naked exercise. I grew up in Brighton, England, where once a year, there are naked people everywhere. The Brighton Naked Bike Ride is exactly what it sounds like, and it’s lots of fun.

In this article, we are going to dive into 12 crazy nude running stories and facts from history.

From the ancient Greeks penchant for nudity, to some modern day tips and tricks for how to start your nude running journey.

Ready to get to know the nude running community of past and present?

#1: There Was A Streaker at The Ancient Greek Olympics

Although we can be fairly certain that our cavemen ancestors occasionally ran around naked, the first naked runner ever to be officially documented was in 720 BCE at the fifteenth Olympic Games in Ancient Greece.

The traditional competition outfit back then was a loincloth.

However, during the 200-yard sprint, Greek athlete Orsippus’ loin cloth slipped off!

Whether the slip was intentional or not is up for debate.

Ancient Greek historian Professor Paul Cartledge of Cambridge University has his own hot take on the matter:

“My own opinion is that Orsippus intentionally let the girdle slip off him, realising that a naked man can run more easily than one girt.”

Whether intentional or not, Orsippus went on to win the race, and decidedly remained naked, and was even crowned victor whilst in the nude!

#2: The Ancient Greeks Took Inspiration From The Original Streaker

Orsippus was not reprimanded for his naked sprint.

In fact, after the athlete’s loincloth malfunction, running naked became the done thing during the Olympic Games and all other Ancient Greek races.

You could say he was a trendsetter.

#3: Exercising naked was a political statement in ancient greece

One school of thought behind why the Ancient Greeks decided to adopt Orsippus’ nude running method is that nudity was a political statement.

Greece’s neighbours and enemies, namely the Persians, considered appearing naked in public to be very indecent.

The Ancient Greeks, on the other hand, found the naked body to be a symbol of Greek strength and power.

So they shoved their naked bodies in the faces of their rivals as a statement of their might.

The word gymnasium, or gym, comes from the ancient Greek word “γυμνός”, which means naked.

In Ancient Greece, the nude body became so widely celebrated that they built gymnasiums (or naked rooms!) where the naked body could be celebrated.

Greeks would go to these gyms to condition their bodies in the nude.

Interestingly, these gyms would also feature statues and ceramics alongside workout equipment!

Much like they did in Ancient Greece, it seems that today the naked body of an athlete still holds the authority to speak to strength and power.

For the last 11 years, ESPN has been showcasing the bodies of these athletes with the intention of communicating that ‘every body has a story‘.

#6: A Naked Run Can Mean Running Without Recording it

Did you know that some people refer to heading out for a run without a sports watch or a tracking device as ‘naked running’?

It just goes to show how running technology has become so crucial and interwoven into our lives as runners.

Naked running, on the other hand, means leaving those devices at home.

Fans of the naked run claim that it makes you the priority of your runs.

So often when we are running, we tend to try and meet arbitrary external criteria.

We might aim to run each mile or kilometer in a certain time, or get too caught up in our heart rate stats, the distance we have run, or we may even compare ourselves to other runners on Strava.

Going for a naked run means that we simply bypass all of these distractions.

Instead, we can make how we feel a priority, and we can focus on enjoying the world around us.

For this article, I had the honour of speaking to Beth Robefel who runs Naked5K.com, a platform where you can go to find all of the upcoming nudist races. Beth gave me an insight into the world of nude races.

Nudist resorts, or clothing optional resorts, are more common than you may think. And far from being a place where adults go to mingle… and you know what… Nudist resorts are, on the whole, very wholesome family affairs.

And they host all of those standard holidaying activities which you would expect from a resort, including nude running races!

On the Naked 5k website, you’ll be able to find all sorts of races with fun titles including:

If those titles don’t convince you to give a naked 5k run a go, I don’t know what will!

In my conversation with Beth Robefel, who has run over 18 races since 2016, she told me about her experience with nude running as a body-positive experience.

Stepping out into public in the nude may seem like it would be a cause for embarrassment, but at these nudist races, it is simply not so.

You see, when everyone is naked, being naked is suddenly nothing remarkable.

Beth told me that for her, ‘the races themselves are more friendly and accepting than clothed races’.

And here are some quotes from some of fellow Beth’s nude running friends:

One said “It was like stepping from Kansas to OZ” when standing in a group naked with other naked people.

Another said, “When everyone is naked, it’s just no big deal.”

You can imagine how freeing it is to step out from a world where being in the nude is completely taboo, into a space where your naked body is out and about with no one to criticize or condemn you.

In the nude running community, it is common to refer to runners who wear clothes as ‘textile runners’.

And what we would consider to be regular races are actually called ‘textile races’.

You may be sitting there thinking that nude running is all well and good but in no way practical.

If you’ve got them, what on earth do you do with your boobs?!

Well, the verdict is still out, and the bottom line is that it really just depends on you and your boobs.

Some runners who take part in nude running races do actually keep their bras on for comfort. They are called ‘clothing optional’ races after all.

Meanwhile, there is a school of thought out there that running without a bra actually strengthens the underlying chest muscles and that wearing a bra leads to those same muscles becoming atrophied.

Now, there is no strong research to back this one up, but plenty of nude runners sing the praises of not wearing a bra.

If you’re serious about going on a naked run, maybe you’ve signed up to a nude running race, or maybe you’ve got a very large back garden, one thing is for sure… you need to lube up!

You won’t be surprised to quickly discover that nude running can lead to a whole lot of chafe.

Without those pesky textiles to act as a buffer between your thighs, arms and body, and everything else… you might want to consider another kind of skin protector. 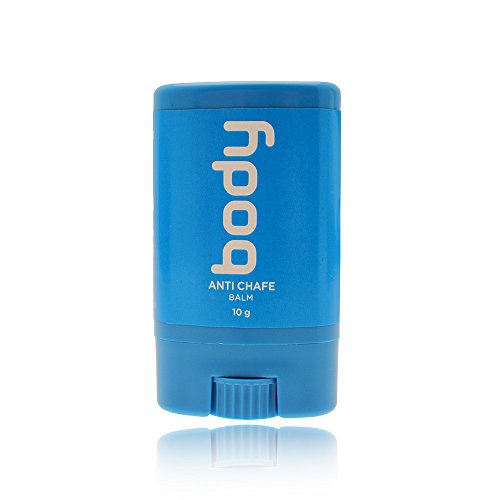 Body glide is THE anti-chafe balm.

Who even needs clothes when you have this stuff!?

And if you’re going to try out nude running, consider the more is more technique when it comes to anti-chafe balm.

Maybe you like to run in the nude yourself, or maybe you know someone who does.

Here are our top pics for nude running gear to make any non textile runner happy.

Well, not to worry, with this t-shirt, even when you’re clothed, people will know what you’re really about.

The perfect place to jot down all of your upcoming naked races!

It also doubles up as a great conversation starter when out in public. 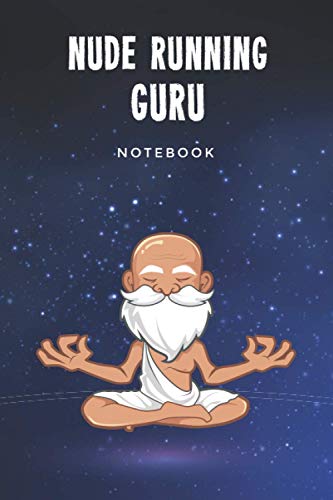 With no pockets, this handy phone and card holder could come in very useful when out for a naked run. And no, we would say that it doesn’t count as an item of clothing. 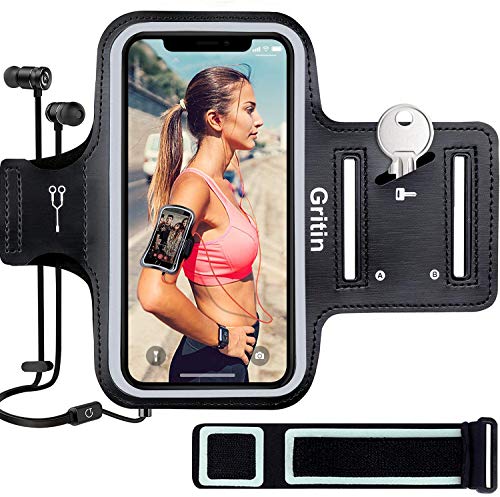 Read more: the best way to carry your phone when you run

Maria Andrews is a runner, cyclist, and adventure lover. After recently finishing her Modern Languages degree and her first ultramarathon, she spends her time running around and exploring Europe’s mountains.