Filippo Rossi is a globetrotting journalist originally from the Swiss-Italian town of Lugano.

In the last few years, Filippo has thrown himself around the world, running some of the most prestigious and challenging ultras and stage races in far-flung locales.

A seasoned ultrarunner whose pack is always lighter than everyone else’s, Filippo knows how to run far. 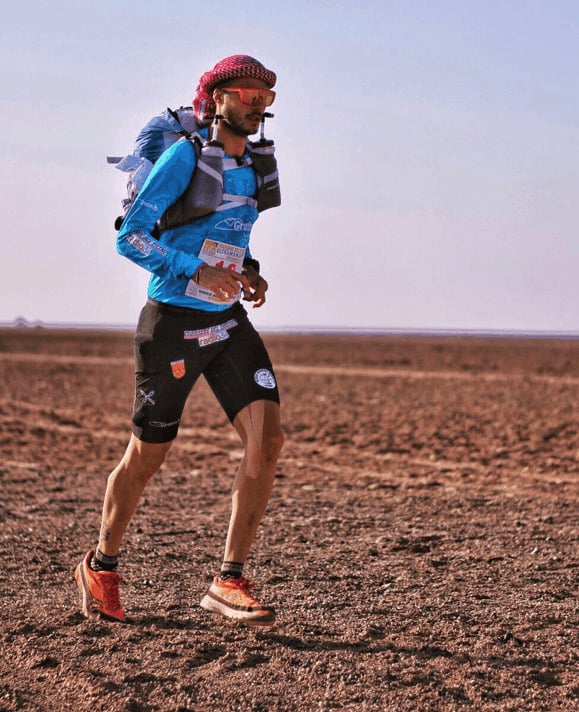 Hey Filippo, we first met at Racing The Planet Namibia a couple of years ago.  What was it about the 4 Deserts races that first caught your eye?

When I first came to Namibia, I already had the Marathon des Sables experience behind me. I was confident about what was going on.

However, the environment of people was completely different. This is what stunned me at first. The idea to meet worldwide people much deeper than what I had experienced before. In terms of racing, of course, I saw a difference in the organization.

Even though 4 Deserts was always very well organized, they missed some facilities that MDS provided automatically.

How has your preparation for stage races evolved from one race to the next?

I must say that after Marathon des Sables I changed completely my vision of training because I changed my trainer.

That happened just before that first 4 Deserts race in Namibia. Since then I radically improved my running style and my consciousness about it, making it possible to train and know what I was doing. During the 4 Deserts Grand Slam, I continued improving this conscious running style that today allows me to train much more efficiently. 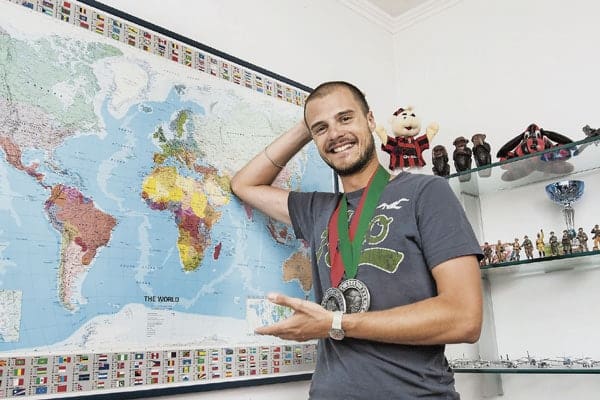 What was the biggest challenges, or scary moments, of the 4 Desert Grand Slam?

The challenges were everywhere. Time to recover was never enough.

Races were tough and no discount was made, even for the grand slammers.

The biggest challenge was mental. Keeping the mindset ready for the next challenge.

When I finished Antarctica, I was scared of what was coming next, because I entered a loop.

The scariest moment was during the Atacama Crossing –  I really considered the dropping out because of a stomach acidity problem, which I solved just by downing some pills that the doctor gave me. However, the problems still persisted and I finished the run with a lot of problems, compromising the result.

I remember you probably had the lightest pack in the 4 Deserts Namibia race, something like 6.5kg.  Can you share what your pack weights were, and how you managed to reduce them so much??

This is maybe the funniest thing you have to do before going to the desert.

Preparing the backpack is an art.

I started at MDS with more than 8kgs and finished this year at the Iranian Silk Road Ultramarathon with just 6.5kg. Not bad. But how?

Simply getting rid of anything that isn’t useful for the race. The food is really tight and minimal for the whole week, which means that you get the calories you need from a very small amount of food.

Then all the small items like knife, lamps and mirrors are really basic, as the sleeping bag, which is no more than 300g. Considering all the mandatory equipment that RTP requires, which is far too much, I was always able to keep the weight low without cheating.

How do stage races influence other aspects of your life, whether personal or professional?

I must say that after journalism, my profession, I live for running.

I would love to run any kind of stage races in the world if I just had the time. You live such intense experiences and meet such amazing people that it really touches you.

Personally, it helped me a lot, being stronger mentally and much more consecutive. Professionally also, since my work brings me to risk anytime, I always need concentration and determination, which is also thanks to these races.

Did you get any bad injuries during the 4 Deserts Grand Slam?

Fortunately not, I finished Antarctica just with bad tendons inflammations, but that was fair enough considering the terrain and the hardness of the course.

Antarctica was surely an awesome experience that I would maybe repeat without racing such a race. 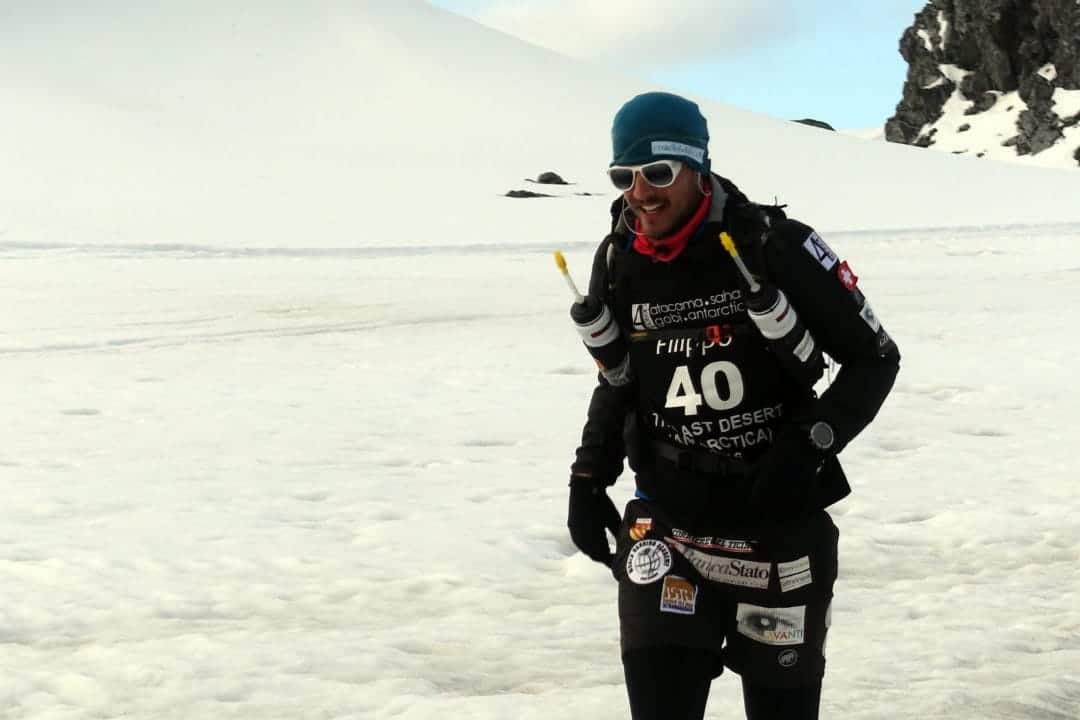 This proves you mentally and physically since you’re never on a hard path, the weather changes every minute and the loops are so tiny that you always have to pass people making double efforts. I considered that race as a proof for my head, and the result was perfect since I came 3rd out of 60 people.

Talking about the fact of running in Antarctica, that was priceless. Animals and landscapes were just something unexplainable and I will never forget it.

The best advice I can give is doing like me: find someone that already did it and let him guide you, especially for the gear. The most important thing is the gear and the food. Logistics make more than half of everything.

Training and mental preparation are important too, but if you go with the wrong pair of shoes or you bring the wrong food (which is always my case, after 6 times), you will not finish or you will just hate the experience. This is what I did: I got to know a guy, who is one of my best friends today, that already did MdS. I asked him, learned from him. He finally checked my equipment and told me if I was missing something. Done. My MdS was a success.

Any ‘secret sauce’ tips / quirky things you do to help you during stage races?

For sure anyone develops his own strategies. For me, for example, comfort is everything.

I learned that gaiters are not always useful. If you don’t have dunes, you don’t need them.

Salt tablets are essential as the electrolytes are. I personally take only tablets, avoiding taking liquids that could disturb your stomach with predictable bad-turnings.

Eventually, I would add the shorts. Tights with more pockets are good to bring more energy bars, salts and everything you need during the race without always opening the bags, stopping and losing time and rhythm. It is simple: just take any kind of tights and tell a tailor to sew some elastic pockets (tailor-made). This is a winning strategy if you also want to avoid using a front pack.